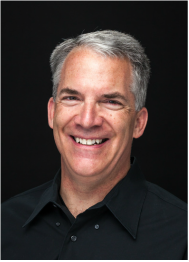 Andrew Mast is the Kimberly-Clark Professor of Music, Director of Bands and Associate Dean of the Conservatory at the Lawrence University Conservatory of Music, a position he has held since the fall of 2004.  Only the third person to hold the title of Lawrence University Director of Bands since 1951, he conducts the Wind Ensemble and Symphonic Band while teaching courses in band history, conducting and the freshman studies program. Prior to his appointment at Lawrence, he was Director of Bands at St. Ambrose University in Davenport, Iowa where he conducted the Symphonic Band, Orchestra, served as department chair, conducted the Quad City Wind Ensemble and founded the Quad City Area Youth Wind Symphony. In the fall of 2013 he co-founded and became music director of Vento Winds, an ensemble of excellent adult musicians from the Fox Valley committed to the highest performance standards of the finest wind band repertoire. He has been recognized for his teaching via the Freshman Studies Teaching Award in 2011, Young Teacher Award at Lawrence in 2009 and the Faculty of the Year award at St. Ambrose in 2004.

Bands under his direction have appeared at several conferences, including the College Band Directors National Association (CBDNA) National and North Central Regional conferences and the Wisconsin Music Educators Association. A 2012 CD released on the Mark Records label features music commissioned and premiered by the Lawrence Wind Ensemble. Mast taught for seven years in the public schools of Iowa and Minnesota, teaching at the elementary, middle and high school levels of instrumental music.

Mast is an elected member of the American Bandmasters Association. Other professional affiliations include the College Band Director's National Association (currently serving as the Past President of the North Central Division), National Band Association, Conductor’s Guild and the World Association of Symphonic Bands and Ensembles. He is a co-founder and President of the Vincent Persichetti Society. He has made scholarly contributions to The Instrumentalist, Journal of Band Research, the Teaching Music Through Performance in Band series and The Annals of Iowa.